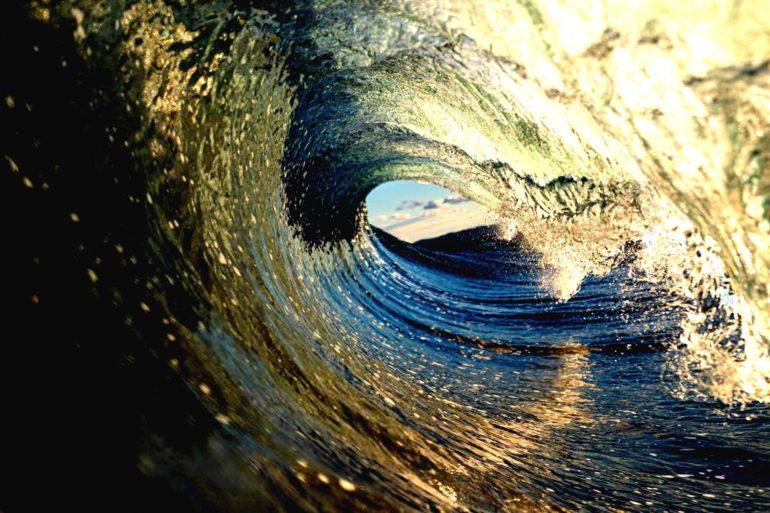 Inside the feminist wave

Feminist protests overflow the streets every March 8, but more and more, the feminist movement is becoming more noticeable and more present in the daily life of citizens, due to the great effort and good work that the feminist associations are taking out, and how this Fourth Feminist Wave flows through social media.
Today’s society is witness to the so-called Fourth Feminist Wave, which was born in part due to the increase in extreme data on gender violence, the significant wage gap, the glass ceiling still in force or specific events such as the General Women’s Stop that it was lived last year on March 8 by all the workers in the country.
One of the characteristic features of the Fourth Wave, which differentiates it from the previous ones, is the permanent communication of messages in favour of women’s rights, through social networks. Feminism has a more active existence in the networks, where feminist vindication has a daily presence, and where great milestones are achieved in the feminist struggle, partly thanks to the virality of the messages and content. Without going any further, let’s remember the local action that initially took place in South America and that became a global action thanks to the networks: “And it was not my fault”( “Y la culpa no era mía“) a dance originally born in Chile and repeated worldwide in many cities of the world.
The feminist struggle is viralized more than ever with actions of this type, and not only this, but digital activism increases the international repercussion and increases the visibility of the actions carried out, claiming the rights for the equality of women, the pro-abortion rights, denouncing sexist violence and gender stereotypes, in addition to coordinating the fight for sexual freedom with LGTBI groups, and denouncing sexist messages in today’s society.
These digital actions, spread globally and viralized in an unforeseen and natural way, provoke an increase in the masses who rise in defence of the rights of gender equality, but also, given the knowledge of the increase in social injustices of gender, make citizens who until now did not know that they were feminists realize that they are, or simply demonstrate their willingness to join in the social fight against unpleasantly male injustices and that is why, in a very simple way, thanks to the characteristics of communication in social networks and organically, they become active participants in this Fourth Feminist Wave.
Another feature of the Fourth Wave is the concept of sisterhood, which leads the movement, adding to the strengthening of collaboration between women, always protected by brotherhood and feminine solidarity, and which is born from the woman becoming aware of the own experiences and to call for community struggle against gender injustices that until now have gone unnoticed or silenced, partly also due to the lack of this brotherhood among women. Sorority provokes collaboration between women, and the sharing of unjust gender experiences, which until now have been ignored, partly due to the fear of sharing them, or the simple ignorance of not considering them unfair. These situations have caused an increase in solidarity among women in the face of injustices and the problems of today’s society, always combined through union, respect and love between people of the female gender.
Thanks to the generation of the sorority, female empowerment is promoted, also one of the characteristics very present in this Fourth Feminist Wave. Female empowerment is the evolution by which women acquire tools and capacities that help them achieve active and visible participation at various levels of society. Thanks to female empowerment actions, groups that are not strengthened or with problems of social integration, or also violated for various reasons, can achieve greater confidence and security in themselves, to develop excellently in their environments and achieve the resolution of problems that block them socially, to achieve the change from these negative to positive situations, and to influence their lives, always achieving positive results for their idiosyncrasies.
Even though the most important part of this Fourth Feminist Wave is, without any doubt, this force that helps us to recognize ourselves, which defends multiculturalism and, perhaps the most important, women’s access to positions Notorious publics, such as the political powers, an event that thanks to its visibility is also helping this great sociocultural change that the fact of existing within this wonderful feminist wave is assuming.