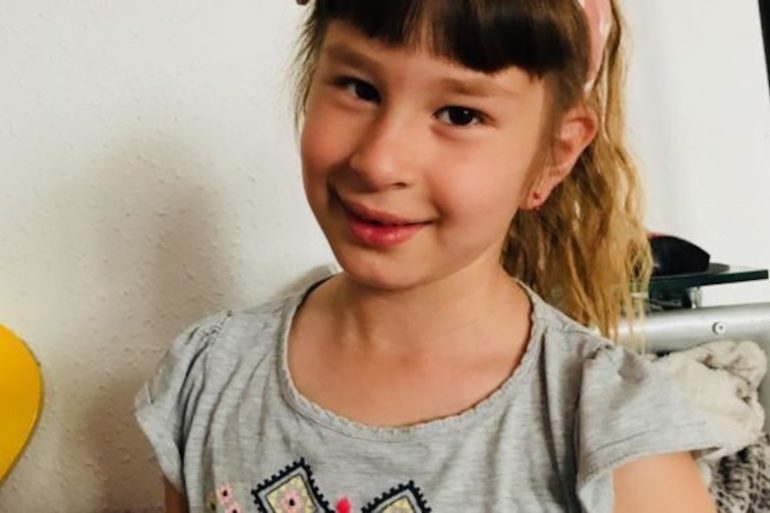 A few days ago I met Aina in the gym. As her mother wiped her hair, Aina looked around and watched things closely. There was something about the girl that caught my attention, not Aina’s beauty, but her observer and almost analytical character of everything around her. Laura, her mother, a few minutes later and in a circumstantial conversation, explained to me that the girl had Phelan-McDermid Syndrome. While her mother, Laura, explained to me what Phelan-McDermid Syndrome was about, Aina was playing with me, and minutes later, she no longer wanted to part with me, and even hugged me and invited me to her house several times before to go. Phelan-McDermid Syndrome, or deletion of chromosome 22q13, is a genetic condition considered a rare disease. It is caused in most cases by loss of genetic material from the terminal end of chromosome 22. This loss occurs during cell division when the chromosomes line up and replicate, some of them are broken and lost. The common characteristic of all affected is the absence or mutation of the gene SHANK3 (they are like the phrases that compose a chapter). The absence of this gene means that those affected suffer a developmental delay in multiple areas, especially in the ability to speak. This mutation usually appears spontaneously, that is, it is not inherited.
The Phelan-McDermid syndrome is characterized by a neurological deficit that includes developmental delays, intellectual difficulties, absence or delay in speech, and neonatal hypotonia. In addition, more than 50% of patients show autism or autistic (disorders in neuronal development characterized by repetitive patterns of behavior and difficulty communicating and interacting with the environment), so Phelan-McDermid Syndrome is also classified As a type of Autism Spectrum Disorder (ASD)
The broad cognitive, behavioral and physical problems associated with this disorder are a social and emotional challenge for patients and their families. For this reason, the investigations are key to know the origin of the syndrome and to find clinical solutions. The main objectives of the Phelan-McFerland Syndrome Association are to obtain financial resources to carry out this research. The funds generated by the Association and the donations received by the Phelan-McDermid Syndrome Foundation are aimed at giving priority to research such as: Identification of the molecular pathophysiology of Phelan-McDermid Syndrome to facilitate translational research and drug discovery ; Development and evaluation of new treatments for the main symptoms and conditions associated with the Syndrome throughout life and the development of evidence-based clinical recommendations for Phelan-McDermid Syndrome through research and clinical trials.
Currently, the research carried out is only financed by donations made at the private level, which mostly comes from families where there is a member with Phelan-McDermid Syndrome, or through collectively organized actions of solidarity Such as #DalesVoz or the #GalaAbrazos.
Aina is a happy, funny and very affectionate girl who, like a little sea siren, loves to play with water, and to which her mother looks and wants them every time she has to take her out of the pool gym. After all, Aina is just a happy girl, as the rest of the girls like to play and have fun. Hopefully, someday the research on the 22q13 delinquency will get enough resources to keep moving forward and find a relief or solution to this rare disease so that children like Aina and her family do not continue to suffer from the effects of Phelan-McDermid Syndrome.