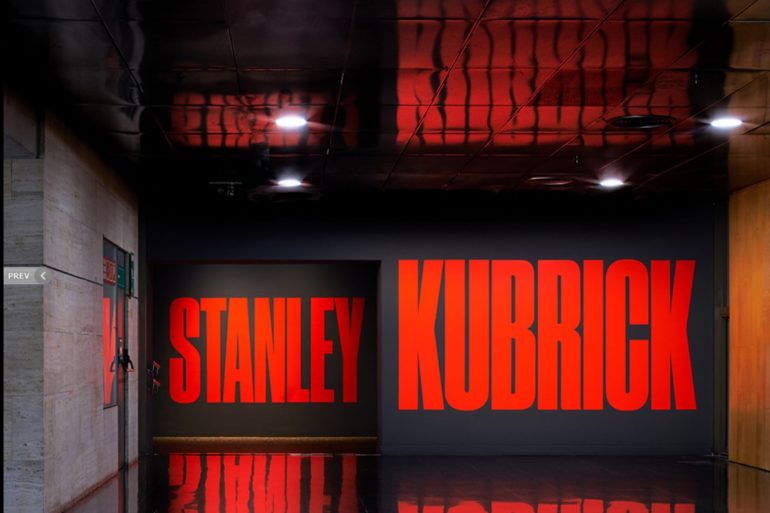 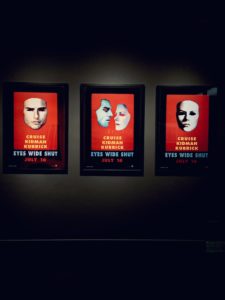 The  CCCB gives us a great gift to all lovers of cinema: an exhibition about the career of the revered Stanley Kubrick. Filmmaker Stanley Kubrick was born on July 26, 1928, in the Bronx of New York, and died on March 7, 1999, at his home in England, of a heart attack, just four months before the premiere of what would be his last Movie: Eyes Wide Shut.
Kubrick began in the world of cinematography through the photographs he made with a camera that his father gave him on one of his birthdays; He sold his first picture to Look magazine at eighteen, he continued working with them and they were the ones who commissioned him to record reports. Under the order of Look recorded two of his first documentary reports:
– Day of the Fight (1950-1951) showing the middleweight boxer Walter Cartier, of Irish origin, at the peak of his career, on April 17, 1950, the day he fought against the black boxer Bobby James; as an anecdote Kubrick managed to sell Day of the Fight to RKO Pictures for $ 4000, thus obtaining a small profit of $ 100;
– Flying Father USA (1950-1951) about the life of a priest who travelled through Mexico often to carry out his spiritual work as a Catholic priest, but in the short one even shows us how the priest uses his plane as an emergency ambulance taking a sick child and his mother to the hospital. 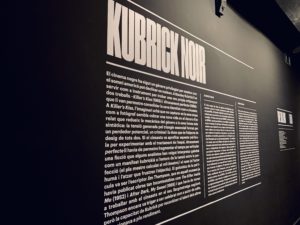 Through these documentary works, Stanley Kubrick discovered his attraction for filmmaking and began to develop his passion for film production and direction.
The exhibition, perfectly arranged chronologically throughout Kubrick’s work, offers the visitor a general view of creativity, but at the same time, it allows us to glimpse the obsession with the perfection of the film director. They say that the geniuses, they are creative, but Kubrick is also discovered as such by that obsession to reach the maximum of perfection in any kind of detail, which, for example, led him to repeat and repeat again any scene of his films to satiety if he did not get the effect that he expected as a filmmaker.
The exhibition becomes a passionate stroll through the director’s more personal notes, in which not only the director’s most introspective notes are observed during the creation process, but we can also read the correspondence with some contemporaries of his time, such as Vladimir Nabokov, whose book Lolita was taken to the cinema by Kubrick, and in which the script of the film was written by Nabokov himself. It is also surprising to see some details of the time, in which a simple postmark could act as a certificate of authorship of the cinematographic script included in said correspondence. 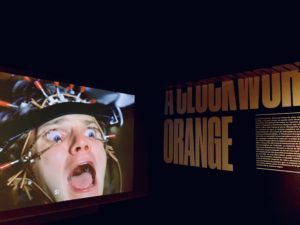 Undoubtedly the exhibition becomes a walk through the work of the filmmaker, in which the already amateur New York author will learn more about Kubrick, allowing himself to know the genius much more closely; and the one who has never approached the artist or seen his films during the visit to the exhibition will undoubtedly awaken interest in Stanley Kubrick’s filmography. The visitor will be able to contemplate some scenes of his films, since during the exhibition we can also enjoy pieces of each of his films, as well as audios that enrich the presentation of the exhibition and, in which the Kubrick fan has the opportunity, with this exhibition, to approach the creative genius, but also from a more intimate and, perhaps less known perspective, that allows us to know the ins and outs of work in Kubrick’s daily life. 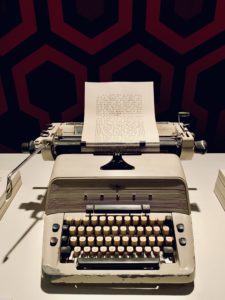 The exhibition also becomes a success of iconic and representative objects in the author’s work, it is no longer just the documents we can see during the exhibition, such as correspondence or manuscript scripts, but also the real masks of Eyes Wide Shut, the unique tables used in Moloko, or even the cane of the A Clockwork Orange or the same typewriter of Jack Nicholson in The Shining. Undoubtedly, a compilation of objects venerated and, at the same time, influential in the work of his contemporaries, who have managed to turn the work of Kubrick also into an icon of contemporary cinema.
The exhibition on Stanley Kubrick is being exhibited in various cities around the world since 2004. Cities such as Frankfurt, Berlin, Melbourne, Zurich, Amsterdam, Los Angeles, Sao Paulo, Krakow, Toronto, Mexico or Copenhagen have already enjoyed the exhibition on Stanley Kubrick. Now it’s time for the public to enjoy Southern Europe, where the exhibition will be open to the public at the Centre de Cultura Contemporánea de Barcelona until next March 31st. After this location the exhibition is planned to be exhibited to the British public at the Design Museum in London, from April 26 to September, in which there is no doubt that the Kubrick fan will enjoy a lot, welcomed by the red background, blue and black typical of the author, and you can live from moments of fun and enjoyment as you walk around the scenes of the work of the great filmmaker.