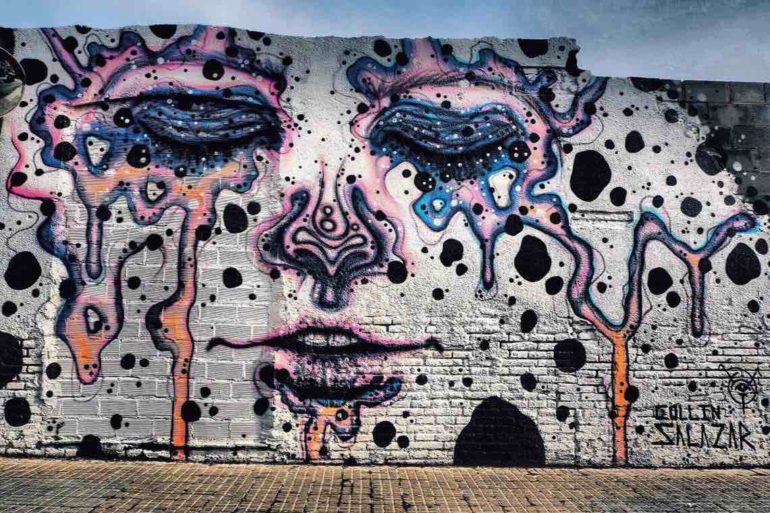 Late nihgt hours. The silence is absolute, just some motorcycle on the street, some lost car. Suddenly you hear screams. No matter the language could be own or the other, what stirs the peace are the screams. They are the cries of a woman who fights with a man. She screams at him full of hate, he hits her with all the force of the world. She falls to the ground and keeps screaming, seems to ask for help, but no one comes to help her.
On one hand, she is alone, on the other hand, the people of her surroundings fear reprisals of her aggressor if the aid. She feels lonely, is in love with him, can not help it because her husband is kind and charming when he wants, but when he does not want, when things go wrong, blame her for everything that did not come out as expected. However, she feels dependence on him. An emotional dependency that he has worsened with the manipulative and violent character of him. On one hand, he still wants it, and he does not want to leave his side; On the other hand, she is afraid she will follow her to where she is, in her flight, and the reprisal is even worse.
She does not know that he would have any compassion for her because the abuser has psychotic traits and has no compassion or empathy for his wife, is a destructive being by nature.
She also does not have enough money, nor does she earn enough money to subsist on her own, perhaps unemployed looking for a decent job, whose salary can be paid for rent and food for her and her son, school books, food … subsist, after all, do not ask for more than that. She just wants a future and love a father for her son. She just wants Peace. She suffers and is afraid of mistreating her child by her parent. That pain is more fearful if the child is a child.
Her husband is a controlling being, who wants to know every one of his movements, she is not free to enter or leave her house, she is afraid and doubts even of her small decisions, what will take if she leaves or even the clothes that will be put. She can not anymore, she has depression, but she does not know, she feels discouraged, sad, has digestive disorders, migraines, anxiety, cries without knowing why … and he is still there, despising her, making use of his power over her. Abusing her.
She has asked for help, some friend of hers, is afraid to talk to someone and that someone will fail and tell him. She is a friend in whom she has found refuge after many prayers. But her friend does not want to get involved, both husbands are known in the neighborhood, and she does not want to suffer problems at home to host another friend, another woman in trouble. She thinks that we all have problems, that every mast endured her sail, that she also has problems but she hangs herself and does not come asking anyone for help.
Meanwhile, neighbors watch, enter and leave their homes. They try not to talk much with that neighbor who asks for help at night, each one continues with his life, as if nothing. Nobody wants problems, no one wants to solve anyone’s problems, because, after all, they have to get up almost at dawn tomorrow to go to work, while they see that her husband is still at home, not going to work . But, she leaves a little later, keeps cleaning houses for hours.
After a few days, the silences are virgin. Nobody is raping them anymore. No one lives in the apartment where the screams of that desperate woman came from. The neighborhood returns to normal, and after a few days, no one remembers. Social pain has drowned in oblivion.
According to data from the Spanish General Council of the Judiciary, more than thirty-three thousand women appear as victims of gender violence in all 36.319 complaints filed in judicial bodies. This figure represents a percentage increase of 8.8 percent in the annual variation. Almost 70% of the complaints were filed by the victim himself, directly in the court or through police reports.
Days later in the news, more news comes out as there were previous days: the corpse of woman has been found lifeless in a field not far from the city. The forensics investigations determine the cause of death: the victim’s heart has been struck by a white weapon from the back, by the characteristics of the wound, has struck him with brutal force and is a person a little taller than her. Death has been slow, painful, wound: deadly. The killer was after her, and by the position of the body, she seemed to want to flee from her aggressor. She never got it.