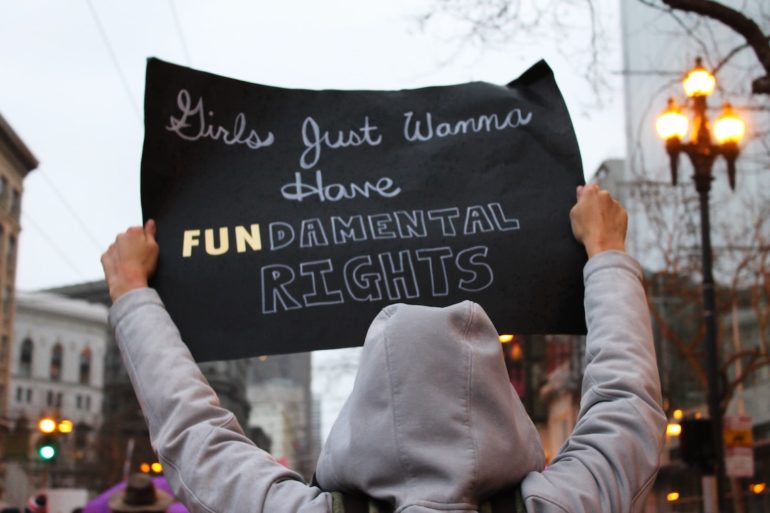 From the machismes covered to the discovered feminisms

This year I celebrate International Women’s Day (# 8M) from a new perspective: the first black novel that I have published Clandestina (Editorial Caligrama) has been included by Marie Claire, one of the most recognized magazines in fashion and cultural trends, in the “List of the 20 feminist novels written by women that you should read sometime in life”.
For me, it is a great compliment to catalogue my novel as feminist and also select it along with the novels of writers as well known and as literary quality as Maya Angelou, Virginia Woolf or Doris Lessing, among other writers also renowned in the list.
At the time of writing the novel, I limited myself to writing what I observed in society, whether it was taking as an example nearby women, cases I had met or cases that I read in the media, and the result was a novel with a universe of characters mostly women, all of them strong and fighting characters, and with a difficult past in some cases. Obviously, my novel also includes male characters, but those that govern the main action are all strong and decisive women in their actions.
After my analysis a posteriori, and taking into account that my novel was made observing in a great degree what happened in society and as a complaint, also in some cases, towards those situations of injustice that observed: Did this mean that women are obliged? to be stronger socially by nature?
I think history has labelled us with the absurd label of “weak sex” over many years in which women have been relegated to the background, obviously by the interests of male hierarchical power, and although much as public opinion strives to pretend otherwise, we still find some twists in which gender inequality is a permanent injustice that must be fought from the most absolute day by day, in the most everyday situations that we can imagine.
In recent years, the definition of what has been called “Feminazi” has emerged, a term invented in the nineties by Thomas Hazlett, professor of economics at the University of California. The term is a mixture of the words “feminism” and “Nazi” and is nothing more than a clear attack on the positions of women who defend feminism, although according to the author the concept of the term refers to that sector of society that “defends the fact that how much more abortions exist better”. Obviously the new word has been criticized from many perspectives and collapsed by its lack of respect for the female collective, all the analysis of the word and its consequences coincide in the same: the term “feminazi” is no more than an attack on women with the intention to belittle, demolish and detract from credibility feminist activism that aims to defend and promote gender equality.
We could say that this is no more than a current proof of the reparation to women by sectors or very masculinized or very macho, which aims to attack women with campaigns of discredit with the invention of similar terms and totally overflowing with discrediting propaganda. It is a further demonstration that women, having the intention to defend our rights in unfair situations, we still find large and old dinosaurs that should be extinct and eradicated long ago, that believe that “the right thing” is a ” masculine society “and that everything that is considered as” egalitarian society “leads to error or failure, sheltering in a kind of” patriarchy “that is protected from a complete attack on gender inequality.
Feminisms are constructed on a day-to-day basis, as a response to the injustice towards social inequalities existing between men and women. For example, the feminist movement was consolidated as a political agent in the late nineteenth century to ask for the right to vote for women in Europe and the United States. If we analyze the history, the women who defended the right to vote of the time were seen as if they wanted to rob them of gender roles and privileges for men, something very criticized then. Currently, these offences also translate into offensive criticism towards women who defend the feminist movement, it seems that the idea is to identify feminism as the opposite of machismo, attributing the same negative burden that this entails, but applied to women.
Feminism does not seek the difference between women and men but seeks equal rights between the two, and it is organized movement fighting for the effective realization of these gender inequalities, and therefore, continuous existing dichotomy between man and woman is annulled in the various social fields, be it the labor, economic, social or cultural world. For these same reasons, perhaps not interested in “some social archetypes”, no doubt archaic, which continue to champion an “excessive machismo” as if it was “the social norm” with continuous attacks, subliminal or direct, to those people, especially without they are women, who seek a more egalitarian society in terms of the actual application of gender policies.