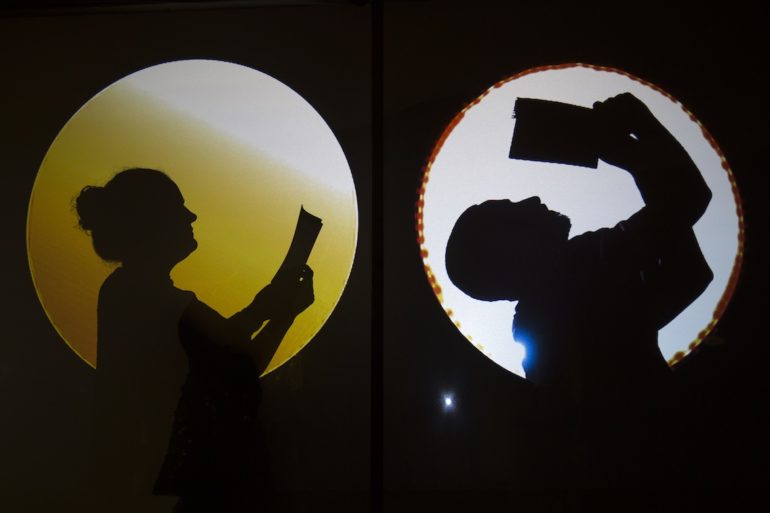 These days I have visited La Setmana del Llibre en Català (The Week of the Book in Catalan), which is a literary fair that this year celebrates its 37th edition and that every year at the beginning of September we can visit Barcelona’s Cathedral Avenue.

La Setmana is the literary fair par excellence that allows us to recognize the work of the publishers who publish in Catalan and the bookshops that bring the reader closer to their publications, giving visibility to the book and magazines and offering tools to encourage the prescription of reading.

We found many to say, the vast majority of publishers in the Catalan language, but, particularly, within the novelties presented this new edition, I have not found the publishers of self-publishing in Catalan. Perhaps because the generation of self-published books does not enjoy the same prestige in the sector as the traditional publication, but even so, we can also find books in the Catalan literature market that are self-published, for this same reason it has seemed to me that the representation of current Catalan literature was completely incomplete.

Although not only for this reason but also for other small details that may escape from the organization of La Setmana. In Catalonia we are lucky enough to enjoy the talent of good translators in the Catalan language, the most outstanding ones also present in the fair, and we also have very good writers and writers in the Catalan language that are all a pleasure to read, but I am surprised by a fact, and It brings me to a reflection aloud that I want to share with you: did we really project Catalan literature by inviting a foreign author? Would not it be more interesting to promote a Catalan author or author?

I want to make it clear that I have nothing against the guest author this year, David Lagercrantz, nor the possible guest authors in previous editions, but the fact that a foreign writer is the special guest of La Setmana and will be broadcast at all media levels, I find it more a success of communication for the same writer than for La Setmana itself, which is theoretically what should be disseminated, because I doubt that the country of origin of the guest writer has echoed La Setmana as such. Obviously, if we get into the news of this month, we can see that the guest author is promoting with his latest book published in Spain with the Editorial Planeta. Excuse me, but was this not going to promote the small Catalan publishers? Yes, those brave people who dare to publish exclusively in Catalan at the time that most complicated is the book market. Honestly, I think it would have helped more Catalan literature to promote a writer from Catalonia, and from those who publish with a small publisher or at least a brave and small entrepreneur, than a foreign writer, since not only did we have helped a Catalan publishing businessman, but we would also have promoted the sales of a Catalan writer than those of a foreign writer, who has a large Publisher Group as the Grupo Planeta, however many planets also publishes in Catalan. And I repeat, I have neither the great publishers, nor the Publishers Groups, nor the writers of their catalogs, some of them even love them and I venerate them a lot, but that will leave for another column of opinion.

Despite this small criticism, I think it is true that La Setmana promotes the meeting among readers, libraries, publishers, and magazines that they publish in Catalan. It is seen from the outside, as a reader who walks through the fair and enjoys buying books, that there is a very good atmosphere between different stands and exhibitors and that, La Setmana, clearly constitutes a meeting point for the Catalan literary sector.

As a bibliophile that I consider, I think that La Setmana is a good opportunity to find all the news of the literary rentrée, to recover old publishing funds, to discover the surprise of the reissues of classic or old bestsellers already forgotten, at the same time enjoy reading and reading presentations with renowned authors, actors and journalists, literary dinners, roundtables, music and movie evenings and family shows. I remember that I had a great time listening to the beloved Pilarín and his comments and some experiences about illustrating books.

This year, La Setmana has becomes an essential meeting in Catalan literature and that readers expect each year already, to get closer to publishers, books and their authors.
But also, from the lines of the Catalan literary sector, I believe that it has emerged as a meeting point to be able to do business and grow Catalan literature. In La Setmana, books are not only sold, especially the autumn season’s new releases, taking advantage of the return of the holidays, but also, in parallel, a literary festival is held that allows contact of the authors with readers, the approach to the reading in Catalan, the presentations of books, etc.

As a reader, I am very pleased that such initiatives are being carried out, and, frankly, I believe that more literary fairs should be held throughout the territory similar to La Setmana.

As a writer, it is a pleasure to see how peers can see their works exhibited at a fairly beautiful fair, such as La Setmana, on my part, very much in spite of … I just have to wait for the next edition to pay attention to the authors Self-published and novels, we are not few who would like to have space in La Setmana as with the rest of Catalan authors already consecrated.