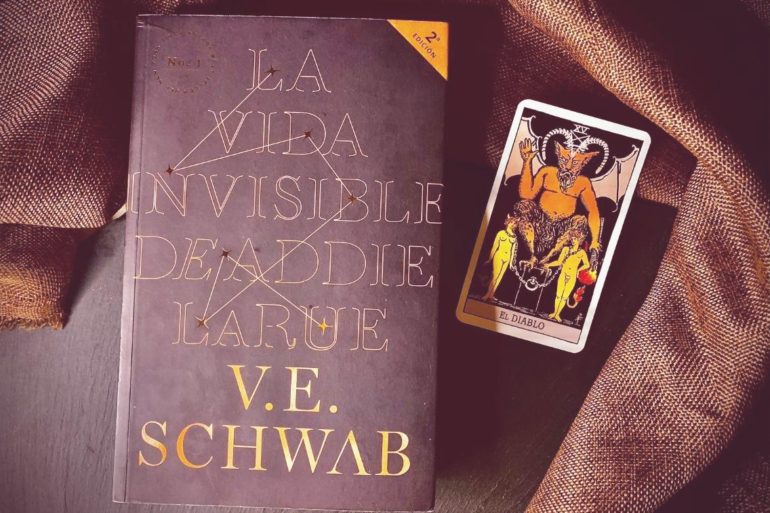 “The invisible life of Addie Larue” written by V.E.Schwab (published in Spain by Umbriel Editores) tells the story of a girl who makes a pact with the devil and during the five hundred pages of the book, the story is limited to a tug of war between both components of the pact, causing the novel to become repetitive in some sections. Yes, it is true, that the narrative style of V.E.Schwab makes the story attractive, despite being slow, since the expressions, the phrases, the way of introducing the dialogues or even the descriptive sections make the novel attractive to read.
The protagonist of the story Addie Larue decides to escape from her wedding, fleeing the canons that prevail in the society in which she has lived, she flees to the forest, and while after her everyone looks for her to return to the small town where she has always lived. Until then, she gets away from it all and hides in the undergrowth of the forest until late at night. Then, what happens that one of the secondary characters in the book, the archetype of the witch: the wise, lonely and old woman from her town, had recommended that she not do “talk to the spirits of the night.” It is here where Addie Larue pacts eternity with that spirit of darkness that is none other than Luc, who although the author never specifies during the narration, it is taken for granted that it is the devil Lucifer himself. The pact is not free for Addie Larue, and with the passing of history, she discovers that she is never and will never be remembered by many of the people with whom she interacts, with all the problems that this implies and also with some of the benefits. This is how the whole book passes, with a journey between present and past throughout the centuries, through situations that cross bohemian scenes, rural scenes or even urban scenes until we reach the most cosmopolitan New York of the 20th century, where our protagonist tries to steal a book in a bookstore but… Wow! She is recognized and remembered by the boy from the bookstore: Henry.
By the way, at this point in history, we find one more small detail, closely related to the Dark Academia. What book is our protagonist trying to steal? Well, Homer’s Odyssey, a hit in the Dark Academia Classic. It should be remembered that the work of V.E.Schwab has become a “must” among lovers of the Dark Academia and that the author does not stop making references to libraries, bookstores, art exhibitions, sculptures, paintings, literature, artists, universities, and other preferred references in the Dark Academy.
Let’s go back to the male character in the story: Henry Who is Henry? As a good writer V.E. Schwab has been commissioned to design the perfect love match for Addie: the one who has also made her pact with the devil. How else was he going to remember her? How else could Addie stop being forgotten by someone? Henry keeps her little secret like Addie, but our protagonist has developed such cunning thanks to her dealings with Luc, that she has made her discover that other Henry pact. Thus we come to the end of the story, once Addie had found a person who does not forget her and whom she loves, she must say goodbye to her almost obligatory.
The agreement between good and evil is constituted as the precursor of history and as the central axis throughout all of history that spans more than 300 years from beginning to end. The reader moves hand in hand with Addie LaRue between the 18th and 20th centuries, with continuous travels through time that change us from time to time, place and characters, but always with two main protagonists who make up the central axis of the story: Addie and the devil, or Luc, as Addie calls him and it is towards the middle of the story that Henry takes a prominent role, but as a simple motor excuse that leads to the ending of the story. 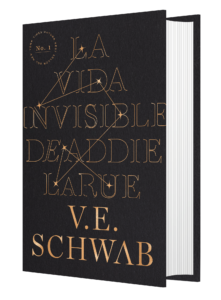 This novel has been a New York Times bestseller for months and has thus also become an internationally acclaimed novel among readers of all ages. The treatment of classic themes: good against evil, love against heartbreak, life and death, loneliness, personal growth, the day-to-day struggle to survive, plus the movement between times, the poetic narrative and soft, the evolution of the main character from innocent “someone” to a mature and savvy person, so eager as to deal with the same devil from “you to you”, among other elements, has made “The invisible life of Addie Larue” be liked by readers and a work recommended by all.
V.E.Schwab is considered one of the main authors of Fantasy and Science Fiction today, writing for both young and adult audiences. She was awarded the Goodreads Choice Awards Best Science Fiction. It has several issues 1 in The New York Times and its catalogue has been translated into more than 15 languages. She is the author of the biology ‘The Monsters of Verity’ composed of “This savage song” and “Our dark duet”, The New York Times #1 bestseller. She has also published youth novels such as “The Near Witch” and “City of ghosts,” in addition to the acclaimed adult fantasy sagas “The shades of magic” and “The villains series”.