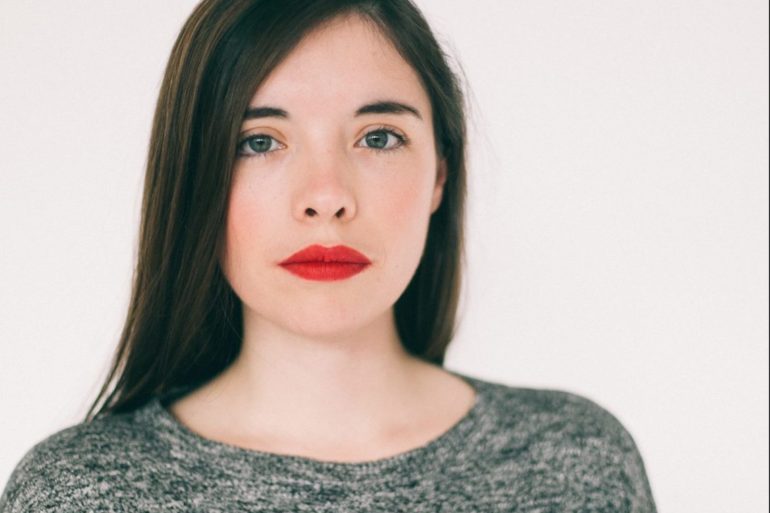 I meet Luna Miguel to talk about her book “El coloquio de las perras” published by Capitan Swing. This is the first time that we meet in person, and I like to find in Luna Miguel a cultured and intelligent writer, with whom I can talk about quality literature, from you to you, beyond the best-sellers of the moment and what we all know that it is on all bookstore shelves today. With Luna Miguel you can talk about good literature, she, during the conversation, does not stop mentioning references, that when looking for them, you realize how interesting her reading can be. The same as when you read her book “El coloquio de las perras”, a book that honours Hispanic American women writers, who were silenced at the time by being writers, by those “male writers” as Luna Miguel defines in her book. 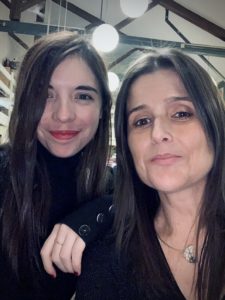 CR:Luna, why do you think that writers listened to more than women writers at that time of the Latin American boom that you refer to in El coloquio de las perras? Why do you think the power mechanisms were interested in silencing women writers or at least supported this rejection of women writers of the time?
LM: I believe that this will to destroy the voice of women was not only found in the literary sphere but the whole of society. We still see it: work meetings in which they do not let us speak, family meals in which when one of our aunts talks about feminism, someone mocks her, journalists threatened on social networks, abuse, harassment and rape daily, only In our country. Machismo permeates everything, and literature, or the publishing industry, is also part of that everything. And if this happens so visibly in our day … imagine in the past. All in all, I think that some of the women in the book were able to enjoy unprecedented liberties for the time. They were fighters and that is why we need to continue claiming them so that their efforts do not fall into oblivion.

CR : In the book you dedicate a chapter to the current writer, do you think there is any difference between the “male writer” and the “non-male” male writer? How can we define the current “male writer”?
LM : The male writer is one who makes reviews in which he talks about the author’s physical or personal life, without mentioning it. The one who is paternalistic in a presentation. He who, when speaking of universal literature, never quotes a woman. The one who is always competitive, but in the worst way. The male writer is the one who abuses, and also the one who takes refuge in the compadres. The male writer is one who refuses to look at his privileges. Therefore, “male non-male writer” is one who does not do any of those things, but simply reads, writes, shares, thinks, does not exercise abuse of power, does not despise his fellow professionals for being women or racialized or LGTB.

CR: Do you think that there is any difference between the “male writer” and the female writer in the current literary scene?
LM : I have been a male writer. When I thought that a colleague was given an award because she was beautiful. When I doubted the intellectual work of a colleague because, in reality, I felt unhealthy envy. When I was glad that someone criticized a colleague… I have been like this because we have been taught to be like this, but we are lucky to be able to realize the error and solve it. So I think that the male writer can disappear if we work in the first place to kill the one we carry within ourselves.

CR : Most of the authors that you comment on in your book El coloquio de las perras like Alcira Soust Scaffo, Eunice Odio, Maria Emilia Cornejo or Aurora Bernárdez are, precisely because they are silenced, unknown, how did you get to their story? What allowed you to know them and thus reinvent the magnitude of their works?
LM: Sometimes I came by pure chance, and other times on the recommendation of friends. One of the things I like most about my job is the number of interesting people I meet at presentations, conferences, on social media … I think it is a healthy exercise to ask other readers what excites them. I asked many friends from other countries what I should read to understand the literature of a continent so far from mine physically, but so close because of the language, and they recommended writers that I did not know. Aleida Belem Salazar recommended Enriqueta Ochoa, Malén Denis recommended María Emilia Cornejo, Oriete D’Angelo recommended Miyó Vestrini, César Bringas recommended Pita Amor, and so on, long etcetera. Some of these readings led me to investigate their authors more thoroughly, to put them in my imagination, and to want to talk about them in El coloquio de las perras. The hardest part was having to select only 12 names — a figure that I set myself because I also wanted the essay to be short, almost like a punch, very direct — and the second most difficult part was accessing much of the work that was already discontinued or directly unpublished. 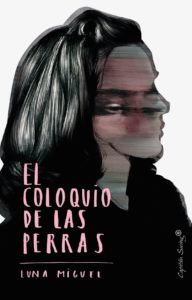 CR : In the chapter dedicated to Pita Amor in El coloquio de las perras you comment that Pita Amor belongs to a list of the most authentic legends of art and literature in Mexico, but … why do you think Pita Amor denied that “being a legend”? Do you think there is a refusal to “be a legend” also in the other authors that you mention as “silenced” in the book?
LM : I think the case of Amor is the most evident because she was not only a writer but also a public figure. But that many of the authors mentioned here felt modesty, they simply wanted to “be writers”. The “being a legend” is a masculine invention, an exaggerated desire for permanence, something ridiculous, it was enough for them to write, knowing that they would be remembered for their literature, and not for the stories or gossip that surrounded them (which if she was pretty if she was crazy if she had such a lover …)

CR: Throughout El coloquio de las perras you write different letters to the aforementioned writers, in your letter to Rosario Ferré you assure that “writing is often stealing, but I believe that writing is also doing justice, or why not, revenge” Do you consider that women writers take this situation of gender inequality into account in our literature and try to do justice to our literature as well?
LM : Totally. Writing is a political act. A way of being in the world. Women write to show that we are in the world. If we were prohibited from writing, as Paz con Garro did, as we have been prohibited for so long, we would not exist, we have not existed. Now we must type and type, search and search, to rescue those who did not yet exist from the darkness that surrounds them, but also to give light to those who will write after us.

CR: In the 1960s and ’70s, a second feminist wave resurfaced, after the one that occurred in the late 19th century and the early 19th century. XX Do you think that in recent years we are facing another new feminist wave? How do you think the literature written by women is currently influencing it?
LM : I think we are in a very viral moment of feminism, a wave pushed by all digital movements, the spread of pop feminism, and also the appearance of new thinkers who expand the feminist struggle from positions ignored in the past. I think some many writers and thinkers are doing everything possible to make feminisms grow, coexist, and continue to face that fascism that is our opponent and censor.

CR: To what extent do you consider that gender currently affects literature? Do you think it should be like this
LM : I would like to think that what matters in writing is not the genre of the writer but their ideas, their will, their ability to look at the world.

CR: All readers thank you for your book El coloquio de las perras (Captain Swing), but, if you can talk about it, are you preparing your next book? What projects are you currently involved in?
LM : Thanks, Cristina, you know how exciting I am to be able to talk about all these writers. Now I continue to treat the subject of women in literature, through eroticism, for the reissue of The Finger, a book on self-pleasure, desire and writing. I also advance with my second novel, Bunnies, and I think I have finally finished my seventh book of poems: Male Poetry. That is all I can advance!

Luna, it has been a pleasure to read you once more, in El coloquio de las perras. It is a book that I recommend reading, not only since new Spanish-American writers so far silenced discover us, but also because it is an interesting essay, highly recommended for lovers of good literature and enjoyable to read. Thank you, Luna, for talking to us about literature and good luck in the next projects that we hope to read soon in The Citizen.

* Interview by  Cristina Redondo published in  #InLiterature on the culture, art and trends magazine The Citizen on  02/26/2020