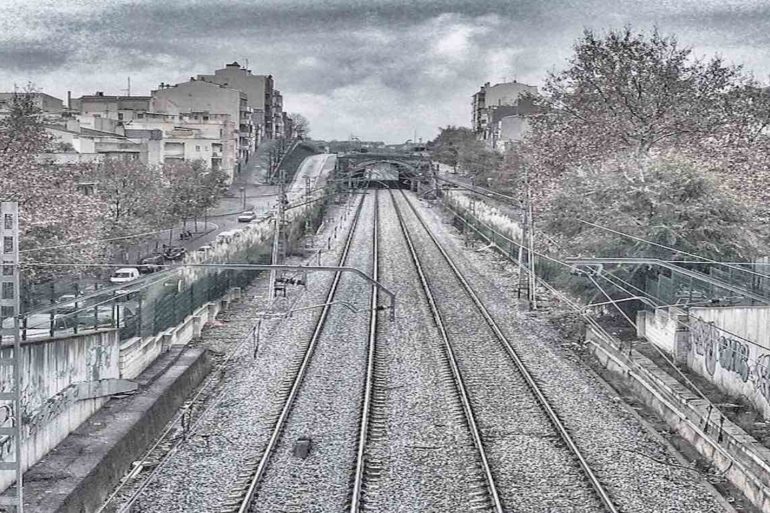 He took the clothes out of the closet. Basic clothing. Minimal. He did not want to carry everything with him. After all, then always ended up wearing the same, with the most comfortable ever. Over time, he had learned that he only wanted to carry with him the essentials, the most important only.

He filled his luggage. He doubled his stuff with an obsession that almost touched the syndrome of obsessive compulsive disorder. Well, kept everything. Without suffocating anything. This aside, so it would not wrinkle. The other, more delicate, in a side pocket. Until you have your luggage fully completed.

From time to time, he looked at the window of his house. He wanted to remember the sights. Those sights, which, despite every day weary of him, knew that in the future he was going to miss. He was staring at the blue sky, the winter sun shining brightly on the other side of the glass, all the memories he remembered like a vintage movie. Then he would gut his heart and look back at his luggage.

Suddenly, everything was so complicated. Fear ran through her body, even from the moment he realized he was leaving. He thought it was something new, and it created some anxiety. A long trip, which would hardly return to the place of departure.

Actually, he did not think that we are all passengers in the same transport, although our route is different. No matter what the transport is called. No matter where we go. It does not matter what our last journey was and of course, much less the time between stop and stop matters.

He looked around, he wanted to hide his fear of leaving and he did not know how. In the last annoyance of nostalgia, he looked at the photo gallery of his mobile. Friends who had lost his sight. His brother away, in another country. Landscapes that then seemed precious to him and now they said nothing to him. Photos of old work colleagues. Her parents kissing during a family party. In that gallery, he was almost all his life. Then for a moment, he understood that life was like this and we are all passengers on the same journey.

He finished his luggage and smiled. A new destiny awaited him.