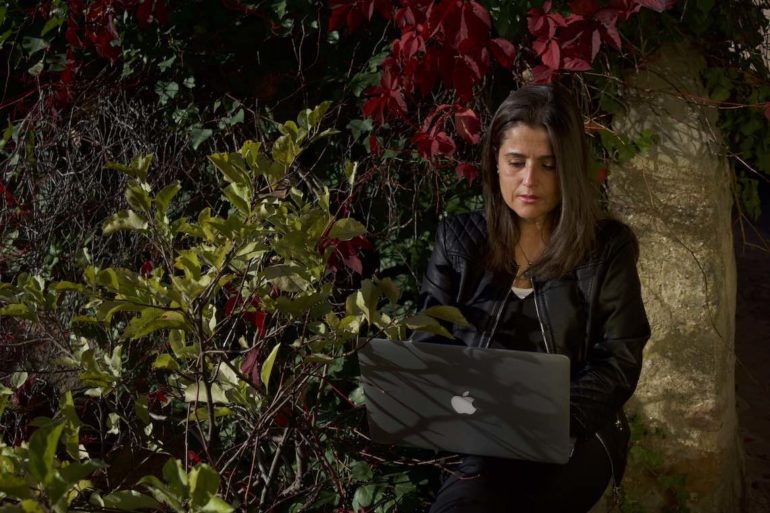 I have started my special countdown to say goodbye to Autumn. It’s something nonsensical I think, what do I do for the first time: I’m leaving for a season, and it’s not precisely because I want to end this sweet Autumn that I am living, but on the contrary, I hope it will never end. But we must be realistic, as the good of Héroes del Silencio said, “Parasiempre me parece mucho tiempo. Parasiempre. No hay nada parasiempre “. Not is it that I especially hate summer, but, honestly, I feel more comfortable in the cold than in the heat.
A few days ago, in one of these cold autumn afternoons, I joked with a friend because he told me that he was used to the cold because he was “Son of the cold,” missed I asked him to explain it better, I feared that he came out with some story of chronic Nordic origin, but, unfortunately it was not so, and to my surprise I responded with total simplicity “I was born in November” then fun with the label I said “Viewed that way then I am Fall Daughter, I was born in October, and I prefer the cold too. ” I found it fun to label the “Autumn Daughter” because it had never been perceived or thought so as if it were a “Sons of Autumn” urban Sons of Anarchy urban tribe.
I do not know if it is the beginning of the cold, with languid mornings that cool more than the bill, or if they are those fierce rainy sunsets, or maybe those intense storm nights, I do not know, maybe they are so horror movie releases In Fall, or that editorial obsession, year after year, want to relaunch the classic horror films for Halloween, or, if you prefer, for Castañada, or the Día de los Muertos, or perhaps that mixture of cultures in those days of traditions related to the afterlife, I do not exactly know what it is, but I think there is something in the light of Autumn that has a mystical beauty. There is something in that velvety light that invades everything and endows it with a unique beauty, and I do not say it because I was born in Autumn.
Popular culture strives to relate Autumn to death, but I believe that Autumn is more of a lifetime than of death. Okay, we all know that there is no Ying without Yang, but, in particular, I think there is much more latent life in that definitive death of Autumn than we simply want to think about.
I will start to take on that, really, I love Autumn…I really love it, not because of being born in October, but I like to have that vibration that the beginning of Autumn is for many as the bells of a new beginning. It gives me the feeling that, in some cases, September steals the functions to a second January in the year, and although they do not sound, it seems that they would sound “second bells” as if it were the departure shot of a Marathon to start new projects , and so, the more better, all in avalanche. Perhaps these projects in many cases are forgotten in time, or trampled and dirty as the dry leaves fall from the trees in Autumn, but what about this illusion that he gave us for a few days or maybe just a few moments?
Do not tell me that Autumn is not beautiful and it has that essential touch that Camus said: “Autumn is a second spring when every leaf is a flower“.