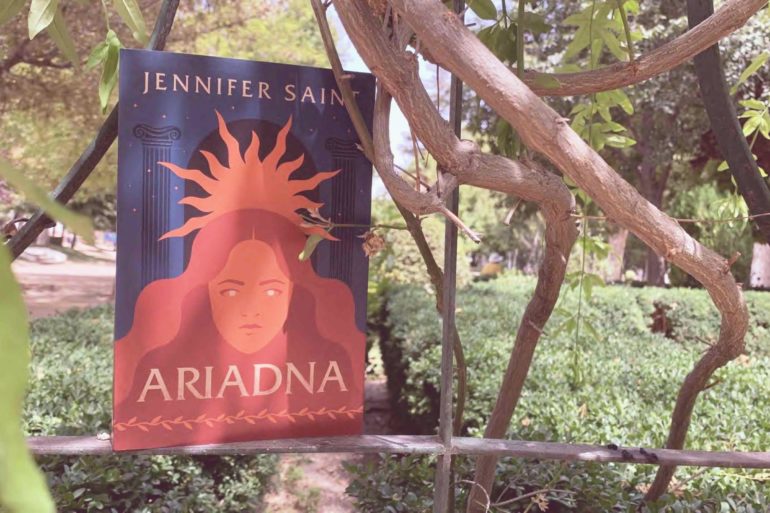 Jennifer Saint has felt a great fascination for ancient Greek mythology that she studied classical literature at King’s College, London. She served as an English teacher for thirteen years and shared her passion for literature and creative writing with her students. She is currently considered one of the ten best-selling authors selected by the Sunday Times.
After learning about her passion for classical literature and mythology, it is not surprising that Jennifer Saint’s first novel is Ariadne, a novel in which the author rewrites the Greek myth.
This is how we get to know a new Ariadna, since the author rewrites the story through a so feminine and agile narrative, with polyphonic voices, in which the reader hears the co-starring voices of Ariadna and Fedra, alternating between chapters, according to the need of the story and the course of the plot, in which we also know the male figures of Theseus, Dionysus, the Minotaur Asterion, King Minos and all the beings and places linked to this mythological story about which, sure, we have ever read:  Hades, Medusa, the island of Naxos, Crete, Athens, Medusa, Hera and even Zeus himself, among many others. Jennifer Saint, forges, thus, a new epic that gives up absolute prominence to the forgotten women of Greek mythology who fight for a better world.
The book is divided into four parts, where Saint go to sources such as Ovid’s Heroides or Euripides’ tragedy Hippolytus. “I was inspired by Ariadna’s letter and that of Phaedra, and in the play Hippolytus by Euripides. I strayed quite a bit from the myths, but it gave me a foundation for the type of character that I wanted Ariadne to be.” explains the author. Jennifer Saint personalizes through the character of Ariadne the role that women have maintained, in many cases, throughout the centuries in society. The image of an intelligent woman is projected, always in the shadow of male power, and therefore, by being in the shadow, she is discovered as a mediator of peace between the conflicts of men, gods, kings or princes as the case may be, that come together in Ariadna’s life.
This is how we observe men, already in old age like King Minos, who continue to cause great damage and errors, in their country and the lives of their relatives, to satisfy their ambitions of greatness and inordinate ambition; younger men, like Theseus, who sin of narcissism and megalomania, manipulating the female co-protagonists of the story with their beauty and their exploits, first Ariadne and then Phaedra, showing off their battles won that are nowhere near to the true reality, deceiving at the end of the day to achieve their dreams of being more admired and having more social recognition; It even portrays the stubbornness of Dionisio, Ariadna’s husband, God led in defeating his brother, and in whose battle he loses what he loves most, his wife, Ariadna. 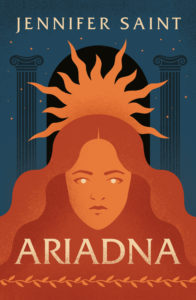 Jennifer Stein’s Ariadne begins with the theme of the Minotaur and the labyrinth, as a narrative block. Throughout the history of literature, this has been a myth that has always attracted the attention of philosophers, playwrights and writers. For example, we find references to the myth in
Apollodorus (Biblioteca mythológica III, 1, 3; 15, 8; Epitomes 1, 7, 9), Diodorus (IV 77 1-5), Plutarch (Theseus 15 ff), Higino (Fables 40) or Ovid (in the inevitable Metamorphoses VIII vv. 152-168); and Euripides, in Heracles (1326-1328), Plato, in Phaedo (58q-b), or Virgil in his Bucolic (VI, 43-61) or in the Aeneid (VI 25-30).
This version of Ariadna is quite complete, since not only does it refer to many other myths parallel to Ariadna’s universe, but we are also going to meet again with the classic myth of Phaedra’s love for Hippolytus, already narrated by Sophocles, first, and more. late by Euripides, again, in which Phaedra tragically states “Love is suffering sent by a God.” Phaedra offers us the most dramatic and one could say intense part of the story, for how she is first used by hers, her brother who pacts with Theseus to marry Phaedra, to achieve peace between Crete and Athens; of how she is deceived by Theseus about the death of her sister Ariadne, and of how she, Phaedra, realizes who Theseus is as a person, even from how she meets Theseus’s son: Hippolytus, with whom Phaedra falls in love not only for her beauty but also for her know-how and, of course, the tragic end of Hippolytus and Phaedra.
The myth of Phaedra has always been a recurring myth influencing classical literature, as Seneca also rewrote it in his tragedies (Phaedra and Medea), under the influence of Euripides. Much later, as early as the seventeenth century, the playwright Racine once again draws inspiration from myth to write Phèdre, and so on throughout the history of literature in so many other literary works.
Honestly, everything narrated in Ariadna by Jennifer Stain has already been previously narrated in one way or another, but this re-interpretation of Ariadna by Jennifer Saint is much easier and more dynamic to read. I would recommend it to people who do not know the myth but are nevertheless interested in delving into history. It could be recommended as a first reading to delve into the myth, and then to delve into the classic texts already discussed. In addition, the translation that Natalia Navarro Díaz has carried out for the Spanish edition of Umbriel Editores, makes the words flow and the story, despite referring to a classic myth, does not become heavy to read at all, but rather to, On the contrary, it is a style that allows rapid progress in reading, agile and dynamic. As many readers would say “The book is devoured” as soon as you start reading it.