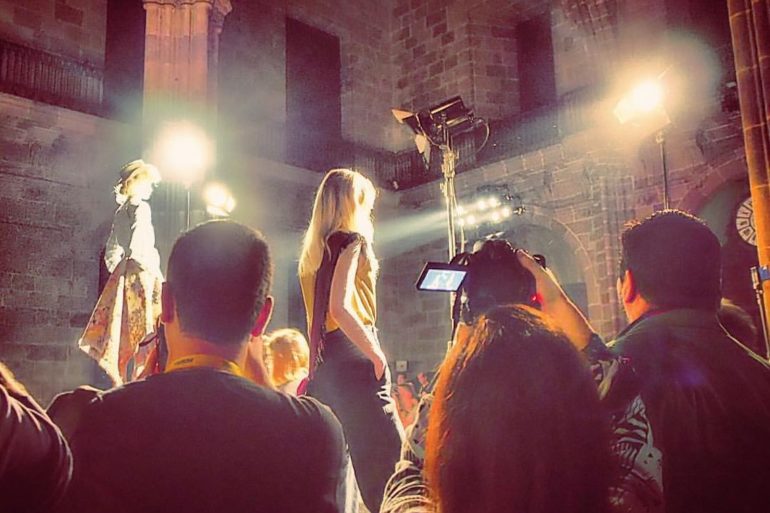 Her shoes were black and flat, with a red button. Comfortable, but nevertheless plastic. They were not of the right quality. She said she did not know fashion, and she marveled at everything the other girl told her.

She quickly realized. She could never know as much fashion as the other girl. She could not compete with her.
Despite the coincidences between them, they had nothing to do with each other. At least apparently. They did not even know each other or even belong to the same social circle.One liked fashion, the other liked it. They talked about sizes and shoes. They coincided in tastes. They liked the same types of shoes.

However, one knew almost every brand of shoes on the market. Instead, the other repeated all the marks that the other named him. He repeated them with difficulty as if those marks were the strangest thing he had ever heard in his life. She also repeated them carefully, memorizing each word. She did not want to forget anything the other girl said. As if it were her life, and with it, a new opportunity of life.

They also talked about Instagrammers, international fashion bloggers, and the add-ons they wore on their social networks. Of military prints and animal print. Of the tacky it were, but how much they liked both.

And then, they wanted to keep talking, but time was pressing. This was a casual conversation, like an elevator, but without being in that uncomfortable space, so in passing.

The girl who knew the most fashion took the initiative of farewell. She misunderstood. She would have spent hours talking to the other girl. Sharing fashion with her. When he left, he promised to continue the conversation, at some point in their lives. Totally unrelated lives between them.

Late at night. The girl who knew a lot of fashion was aware of everything. He had met this girl and had inadvertently compared her. How much they had in common, and how much difference there was between the one and the other. Suddenly, she was proud to know so much about fashion.

While sipping her coffee in a vintage coffee mug, she looked at his smart watch. The latest notifications of her social networks did not stop to illuminate the clock screen. She was accustomed to the avalanche of likes and shares. It was prime time peak time.

She switched on her Tablet and decided to post a more fashionable post. She had the photo prepared, the last photo shoot, that her friend, Brand Ambassador of a well-known brand of photography, had done. A friend of her, a  Year’s Award Emerging Designer, had left his designs’clothes for the photo shoot. The photos were ideal, did not have them retouch with VSCO.

She felt happy. Her passion for fashion had led her to have a website that thousands of people from the industry visited every day. Unintentionally, she had become an influencer of reference. But that, beyond the Internet networks … nobody knew it.