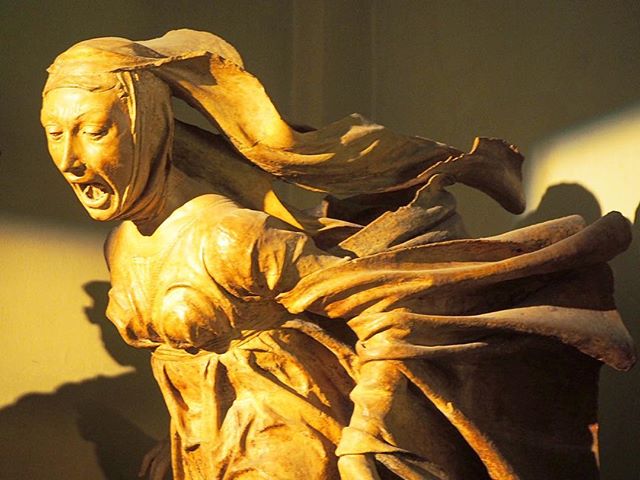 Pain is never surface, always has some purpose, teaches us something, but it also shows us something. The pain is never in vain. Emotional pain hurts more than physical pain. The physical pain, high intensity, can override you as a person for hours or even days, but if the body suffers is really strong, just beating and thus overcoming.
The emotional pain never exceeded. On the contrary, but control it, like a wild, wild horse out, but you get it tame and securely hold the reins, then pulls you down, again and again, and will slowly breaking inside: first you break bone, one by one, until make you powder; then the muscles, and you extend you the contracts it like a rubber band loses some elasticity so pull it; play with your heart, to certify thee explode into a thousand and one pieces shoot out like shrapnel … and that is when you run out feeling, no vision, or heard, much less touch, because the pain you have done to lose … and at the end , pain overcomes you and beats you and leaves you also headless.
Cause pain in others is very easy, and depending on how it is even easier cause you physical, emotional pain, like a shooting gallery it was just to have aim and that, is where the dam falls victim.
The survival instinct, by the terror of pain, will cause the victim acted in three ways: running away or fighting and defending themselves or staying paralyzed and immobile.
The run is very likely that the victim looks to their natural group membership and alert other members of their group the possible threat of attack, with a corresponding response from the members of the group to which causes pain.
On the other hand, if the victim, to feel the threat of pain, instead of fleeing coward in search of the group, decides to confront and fight, you can act in two ways: fight actively or passively fight; will fight actively decide when to attack your opponent, which causes pain, and fight passively when he decides to defend painlessly his opponent.
The worst way of defense against pain is one in which the victim remains motionless and paralyzed by fear to feel pain. In this situation, it is when either long or short term, you just surprising death and pain grips you to completely conquer and provoke an absolute failure.
But for others brave the pain is satisfaction, but honestly, may not be more than a vile strategy struggle to overcome the pain and get away victorious from this undesirable situation of helplessness. In this situation you learn to hear the pain from silence, when to start approaching slowly, until eventually, over time and through much observation, repetition and learning not surprise you, because you know perfectly the path that will, what your steps will be and how far it will seek to reach the end, if you’re brave and strong, matter much, because you have had the courage to look into the eyes directly to pain, and with great restraint and resilience, you will have overcome their effect, bringing the pain will not have achieved its purpose. Finally, after all, the pain, and as in all struggles for survival stubborn, you get the learning that gives you the tools to overcome and combat future attacks of pain; but, above all, what you get is the improvement and, consequently, the satisfaction of winning be full of pain that attack.