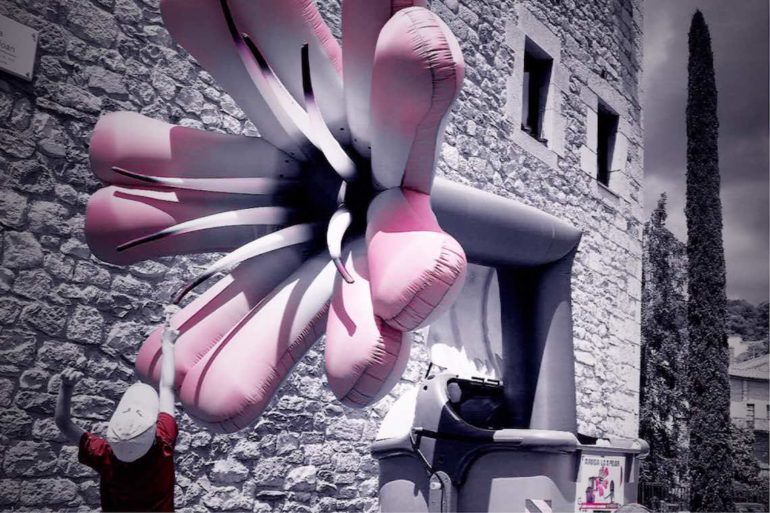 It was a plastic flower that did not look real. Perhaps because there were times when it seemed false and gave an image of something that was not real. It was not a flower of a lie. It was a real flower. Although someone decided that the flower was a lie. And unaware of the great chaos that would cause his mistake, he threw all that beauty into the wrong recycling container.
An ignorant of beauty passed by. He saw it protrude above the rest of the recyclable waste. The ignorant decided to sink it a little more. As if that flower were the ugliest of all rubbish.

Ignorant people prefer to ignore that which no longer goes with them and sink it into the most miserable of garbage, simply because they do not value it.

Everyone ignored the beauty of that flower. It was a beauty that was not hidden. Only it was visible to those who really appreciated it. Like true beauty, it was only visible in the eyes of some.

Unfortunately, it would take many storms to reach those fortunate who would appreciate its beauty. As the flower struggled to survive amid so much misery.

In time the flower managed not to wither. It was the best quality plastic there was. But of course, few understood quality.

It was a flower so strong that it refused to die drowned in all that filth.

One day it took advantage of the tempest’s anger along with the freedom of the wind to propel itself. It wanted to get out of that garbage that just wanted to drown it. It was looking for the Sun to shine in the dark.

Someone saw it and ran to help it. He was someone who valued real beauty in the nature of things. He fought with it until it could get as tall as it wanted. Finally, it wanted to rise so much that it even managed to erect its beauty above all that recyclable waste. At last, it saw the sun shining.
Time passed and the flower held high. Many, seeing its strong beauty, said that soon it would fall again, and would sink again where it had risen. They were wrong. That flower was so strong and made of such good plastic that it would never fall again.

Ignorance destroys the beauty of things when it is unable to recognize it. However, that plastic flower was so resilient that no one could ever destroy it.