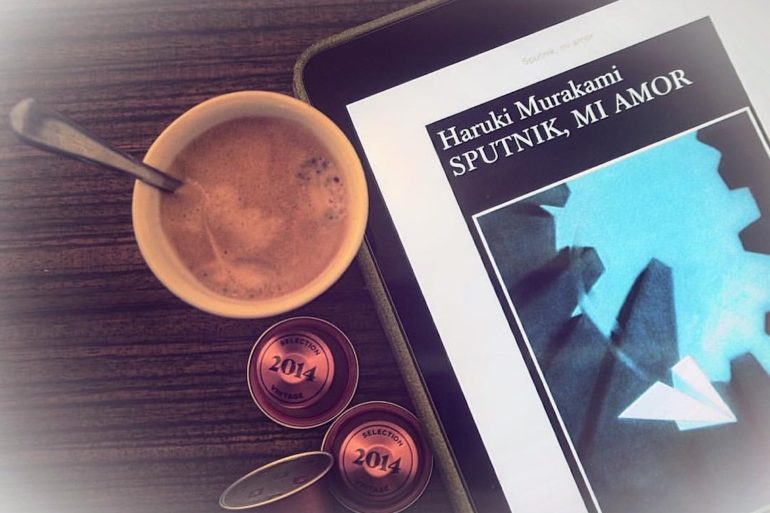 Silence is the most precious thing when you live in a big city. Sometimes I used the headphones just to stop hearing all those people. I hated the noise. Silence relaxed his mind, but above all, it calmed him not to have to hear that great noise, so that when he got home, all he could think of was not to turn on the television, or to put music or anything that made noise, Though, alas, he could not help but hear the noise of his neighbors in his apartments, the noise of the elevator going up and down, the noise of streetcars… all those unnecessary sounds, he hated them.

When he got home, the first thing he did was to take everything he had on him. She would go into the shower and sweat away all the sweat of the day and the dirty pollution of her skin. He hated that dirt on his body. She wore comfortable clothes to be at home. Sometimes one of his pajamas, sometimes one of his sportswear. Easywear, are labeled by some fashion addicts on Instagram.

In the kitchen, his Nespresso machine was waiting for him. I could not have another coffee other than Nespresso. Any other coffee did not like him, his own body is responsible for rejecting coffee that was outside another brand. It hurt to be a conscious victim of the consumer society of the 21st century. He switched on the machine and selected a Vintage version. Limited edition. He sat on the couch with his coffee and all he wanted to do was read Murakami.

Murakami was one of his favorite writers. He never said it, but whenever other writers got bored, he would go back to Murakami and then he would get hooked on reading again. Murakami writes with the heart, and that shows because he falls in love with each sentence. Murakami captivates. He read Murakami and underlined his sentences, sometimes even reciting them as if it were one of those classic poems that everyone knows, but then, in time, no one remembers.

Night falls, he has forgotten that he must do other things, such as preparing business meetings. But, after reading Murakami all afternoon, did it really matter? He realized that there were more important things in life than just the immediate ones, but he still uploaded a picture of his city’s skyline to Instagram. He needed the dopamine in his brain like instantaneous. There were hundreds of likes appearing in an instant, with each like increasing well-being and self-esteem in his brain. The next day, it would again be workable. I would go back to the office. All tired of so much routine. And at dusk, we would go home. Hoping to find calm, peace, calm. And there we would discover, again, the silence, Murakami, and a Nespresso, and we would thank for those little moments, for those hundreds of instant likes.